In any other year, the iPhone 8-series would have been an exceptional upgrade. However, unless there is an iPhone 9 next year, its the end of the road for the traditional iPhone. We know this because Because the iPhone’s replacement has already been announced: The iPhone X Like with Mac OS X, the iPhone X is familiar but at the same time a very different cat then what came before it.

At first glance, you’d be forgiven for thinking this was an Android phone. Gone is the circular home button that has defined iPhones for over a decade and the clearly defined bezel. In fact, there is so little bezel, that the top camera system actually cuts into the camera system. Some are calling them dog ears and for the lack of a better term, I’ll use that. The screen seems to be fairly flat with all the tapering going on in the sides. Honestly, I reminds me a lot of the original iPhone with the stainless steel band surrounding it.

The screen is 5.8″ 2436 x 1125, the biggest screen ever put on an iPhone. Yet its dimensions are 143.6 x 70.9 x 7.7mm with a weight of 174g. That’s ever so slightly larger than than the 4.7″ LCD iPhones. Yes I did say LCD iPhone for a reason. The iPhone X is build around an OLED screen. What’s more, Apple has claimed to have solved a lot of OLED’s issues to create a display that that combines the contrast benefits of OLED with the brightness and color accuracy associated with an LCD. With a million to one contrast ratio, true tone technology, and color gamut Apple is claiming, this could be one hell of a display. Especially since it supports HDR in both HDR 10 and Dolby Vision. One thing to mention though, landscape content is edge to edge, so there is actually a piece missing for the camera cutout. 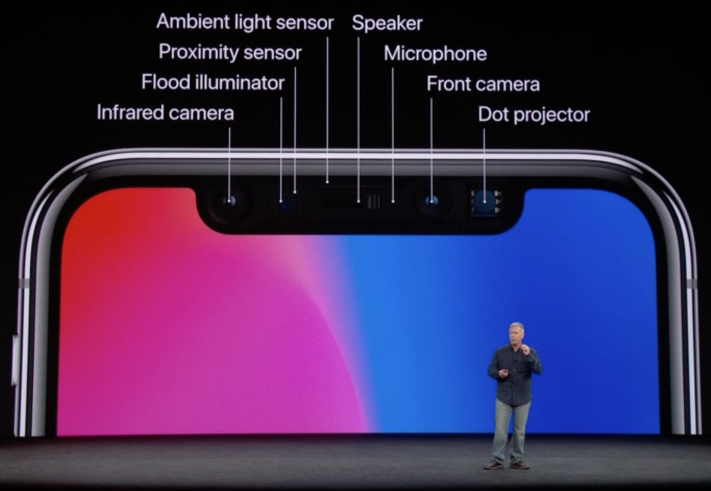 The base technology is largely the same as the iPhone 8. It has the A11 Bionic and the internal GPU, the rear cameras are 12mp though the telephoto gains OIS as well. It also has the Qi wireless charging technology and the fast charging Lightning Port. We’ll focus on what’s different. First off, it gains a dedicated machine learning chip called the neural engine. The neural engine is there for the True Depth camera array and True Depth is nothing sort of astounding. This is clearly what Apple was after when it bought PrimeSense, the company behind the Xbox 360’s Kinect in 2013. It combines a 7mp front camera capable of 1080 video with a IR camera, flood illuminator, and a dot projector. The most basic application of this system is Apple’s new biometric identification system called FaceID. The True Depth array maps your face and the neural engine determines its you. It doesn’t until your looking at it and then its seamless. There is no accidental unlocking like on previous biometric system TouchID. I wouldn’t be surprised to see this technology adapted to all iOS devices and Macs in the not too distant future. It seems like a much more robust system than Windows Hello. The other use for the camera system and neural engine is of course ARKit which Apple is using for a portrait mode which enables depth of field for selfies. It also enables AR Emoji Apple is calling Animoji.

The UI is quite different without the Home Button. Having used the virtual buttons on several Android devices, they never really worked right. Thankfully Apple did not choose to go that direction. Instead they rethought how the iPhone could work. A swipe from the button is the new Home Button with a swipe up and pause for multi-tasking. Control center has been moved to the top right while notifications are activated from the top left. Siri has been moved to holding the side button and like the Apple Watch, Apple Pay is now a double tap from the side. Its also motions you already know, so the learning curve should be less.

The iPhone X comes in a 64GB variant for $999 and a 256GB version for $1149. Preorders start October 27th with Deliveries starting November 3rd. You have two color options: Silver and Space Gray. 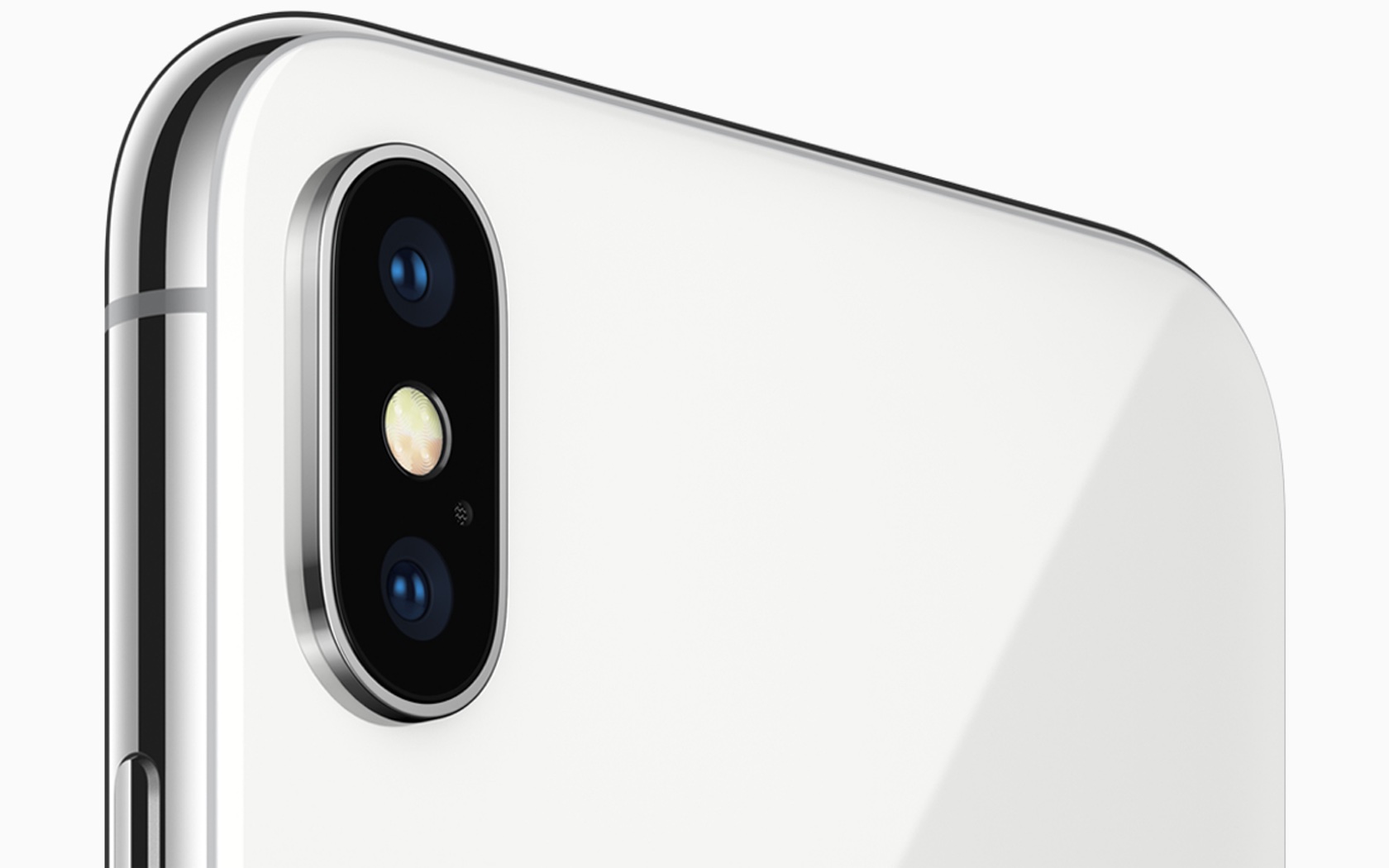