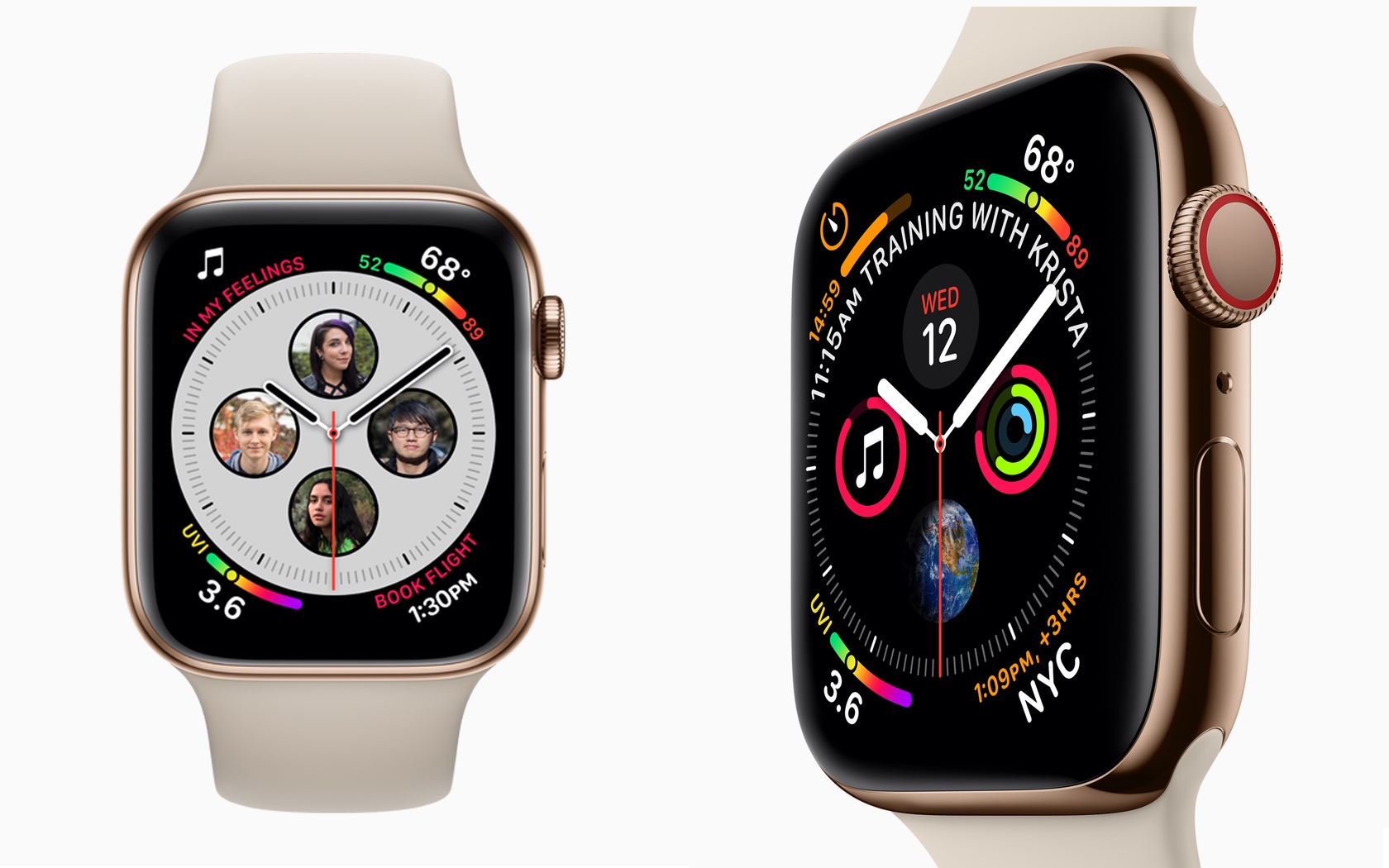 Two things remain the same for 2018 with the Apple Watch Series 4: The name and the band connector. Almost every other aspect of the watch has been upgraded. Most of all is the form factor. For the first time ever, the Apple Watch is growing in screen real estate. The 42mm’s 312 x 390 and 38mm’s 272 x 340 screens have been replaced by larger 368 x 448 and 325 x 394 displays. Yes, you read that right, the replacement for the 38mm has more display area than the old 42mm. This has inspired Apple to debut quite a few new each faces to make better use of the watch. Yet the device hasn’t really grown and in is actually thinner. Apple makes more efficient use of the margins with smaller bezels. The back is also now sapphire crystal and ceramic.

The power also takes a step forward. Apple’s S-Line were their last CPUs to use ARMv7 32-bit technology. The S4 makes the leap to a 64-bit ARMv8 architecture. Is also, according to Apple, twice as fast. With its small size, 64-bit architecture, and large amount of power, one has to wonder if the this chip could be destined for other products in the Apple-Beats ecosystem. The S4 is joined by the W3 Wireless chip. The W3 includes Bluetooth 5.0, but if anyone was looking for better Wi-Fi, 5ghz bands and AC-Wireless did not make the cut.

The largest improvements outside the screen come with the role the Apple Watch has settled into, health and fitness. The gyroscope and accelerometer are upgrade with he later now being able to register up to 32G, up from 16G. It’s not just for show either, the new Apple Watch is configured to detect a fall and call for help if you don’t get up. It’s gone into Life Alert territory. The hart monitoring capabilities are better still. The optical heart sensor is better, but its joined with an electrical sensor. In other words, the Apple Watch Series 4 is the world’s first FDA approved consumer ECG device. The heart monitoring alert options that were in the Heart study are now built into watchOS. It has already saved lives and will continue to in the future.

The Apple Watch starts at $399 for GPS and $499 for Aluminum. It will come in Space Grey, Silver, and Gold. The Stainless Steel line is $699 for GPS and $799 for Cellular. It comes in Silver, Space Black, and Gold. If you’re looking for the Edition Line, it has met the end of the line. The Nike and Hermes editions still remain.

While there was no doubt 2018 would see the follow on to the iPhone X, the follow-on to the iPhone 8 was a bit more murky. Turns out that is because there isn’t one. The iPhone 8 is the end of the road for the home button. The only new iPhones for 2018 were of the iPhone X variety and three different flavors: iPhone Xs, iPhone Xs Max, and iPhone Xr. That wasn’t a surprise, but this is: Every iPhone released in 2018 has a larger screen than the top of the line iPhone 7 Plus in 2016. Let’s take a look at what we’re dealing with. 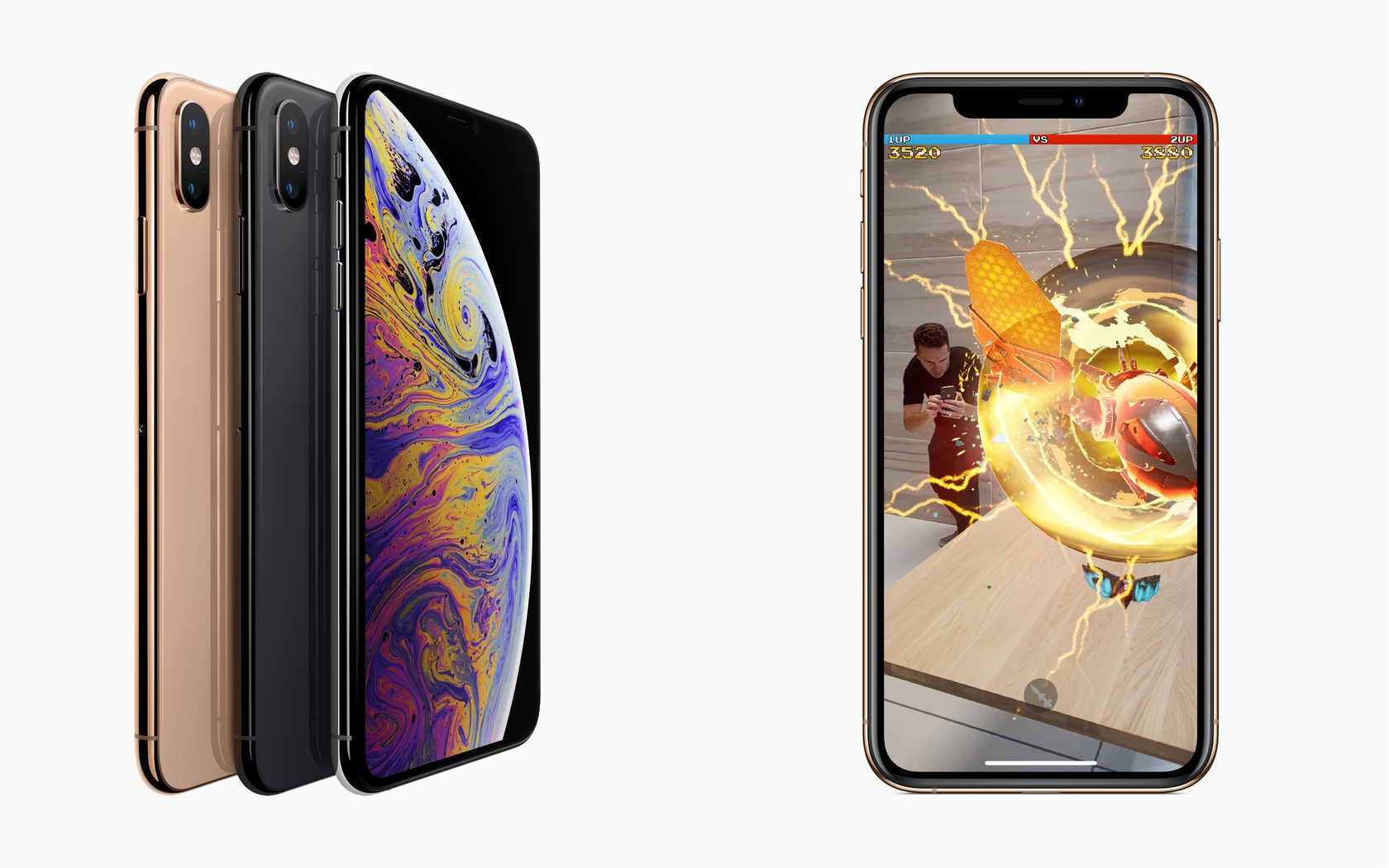 The iPhone Xs is the replacement for the iPhone X. In fact, unless you buy one in the new Gold finish, you would be forgiven to not being able to outwardly tell the different between the X and the Xs. Same size and the Xs is ever so slightly larger. The specs are very similar too. Everything is just a little bit better, starting with the A12 Bionic. Faster Wi-Fi, better camera, you know the drill. In fact, this might the most pedestrian update we’ve seen in an iPhone. That’s actually excusable considering how good the iPhone X is.

Except for one rather large thing and I am talking literally. In addition to the 5.8” large size, there’s a 6.5” iPhone Xs Max. Same exact specs, except for the massive 6.5” display on the max. In fact, it actually has a larger display than the Note 9 despite being smaller and lighter than the Samsung. 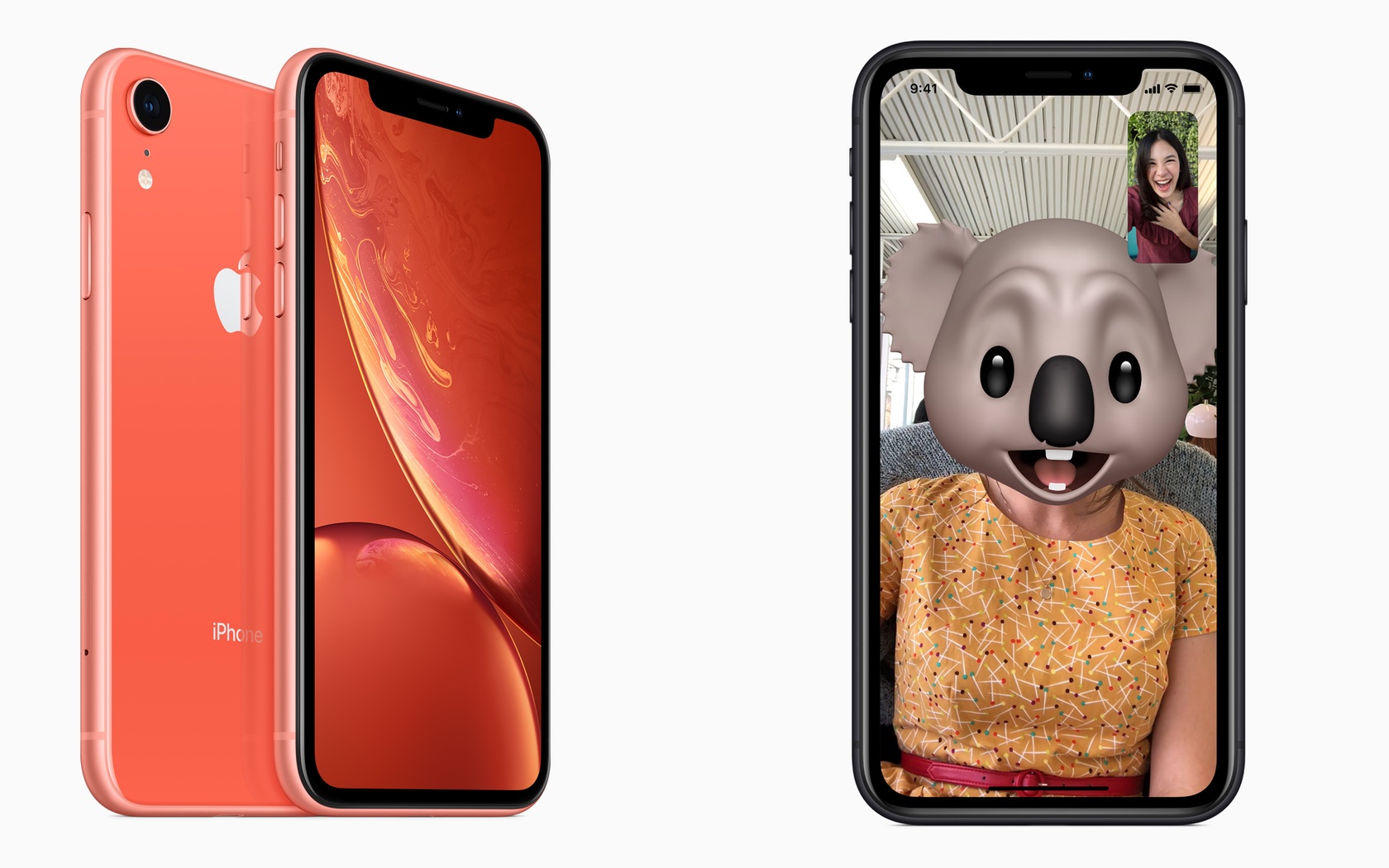 If you’re looking for the Budget version of the iPhone X, its here, thought I will use that term loosely. Make no mistake the iPhone Xr is a flagship phone in both price and features. It comes with the same A12 Bionic and Truth Depth front camera array as the XS, but makes its concessions elsewhere. First, instead of a stainless steel body, the Xr is the same kind of high end aluminum as the Apple Watch. There’s only one rear lens, though there have been tweaks made for depth of field tricks. The biggest change is the screen. The Xr is built around a 6.1” LCD screen with LED backlighting. While many would have guessed a smaller display, the screen is actually slightly larger than the iPhone X/ XS. There is no smaller version to replace the SE or 4.7” versions of the 7/7S/8.

In addition to the Product announcements, apple announced the release dates for its newest OS updates. iOS 12 tvOS 12, and watchOS 5 will hit September 17th. macOS Mojave will come a week later on September 24th. Apple also announced that there are some upgrades coming to the HomePod including searching for songs by lyrics, playing sounds on devices, multiple times, and being able to make calls.

Almost as important as what was updated is what wasn’t. The rumored replacements for the MacBook Air and MacMini did not make an appearance not did updated iPads. Besides color updates, there has not been a Beats product release in 2018 either. This leads some, myself included, to wonder if Apple still has additional announcements or even a fall event, still to come.