Today was Apple’s annual WWDC conference. As expected they had some major… and minor news for their big 4 platforms: macOS, iOS, watchOS and tvOS. Let’s take a look at what was announced. 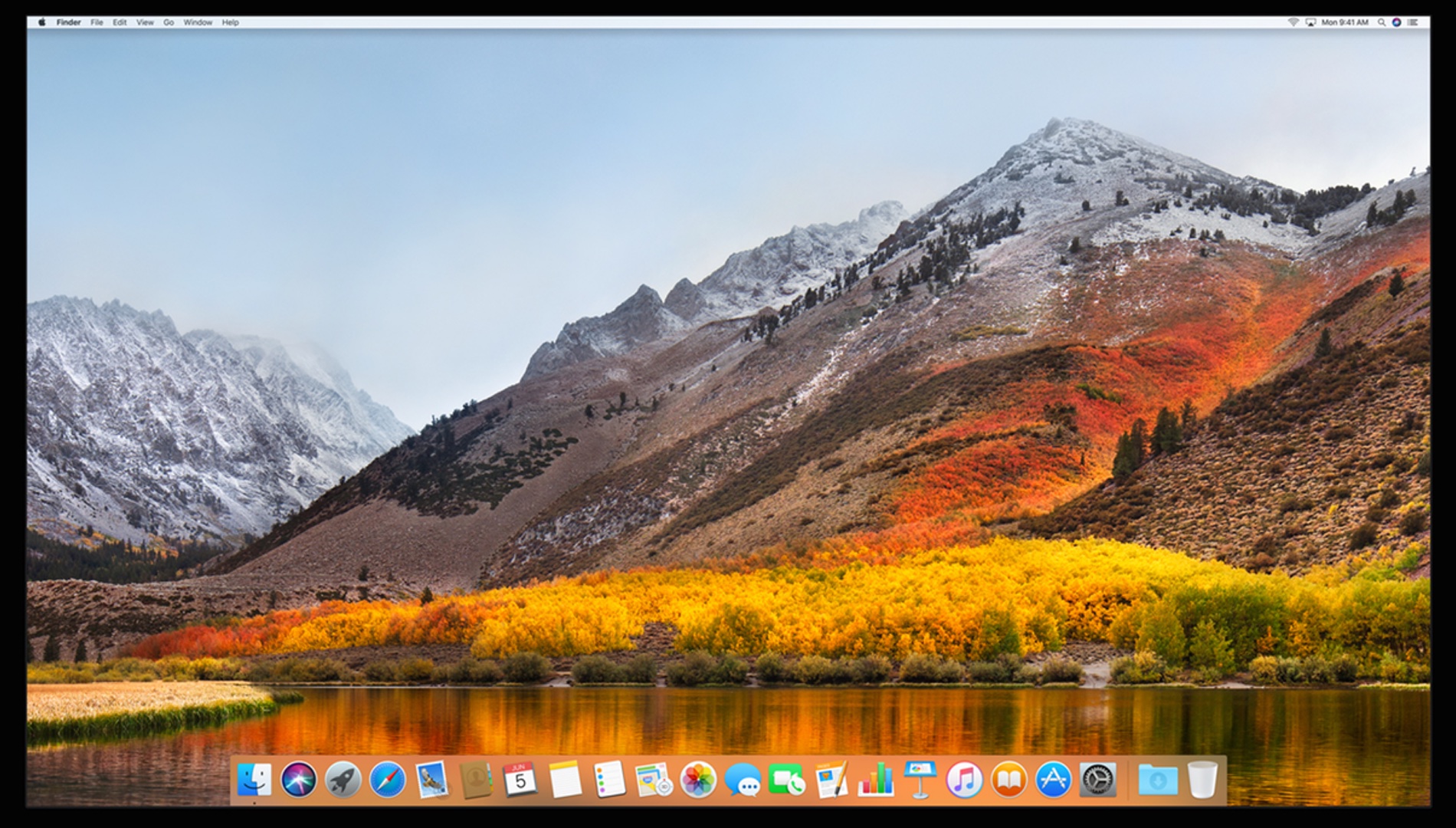 Yes, I’m going go get this out front: yes, Apple made a weed joke about macOS High Sierra being full baked. Its not only mildly funny, its also accurate. Like Snow Leopard and Mountain Lion before it, High Sierra’s major changes are under the hood where the end user doesn’t seem them. There are big changes to the file system, graphics, and more.

High Sierra marks the end of the line for the Hierarchical File System (HFS). It was introduced back in 1985 with the Mac System 2.1. It has been upgraded in the form of HFS+ and has held up surprisingly compared to its contemporary FAT. That said, it wasn’t designed for modern flash based storage. It first saw the light of data with iOS 10 and now is the standard file system for the Mac. I won’t go into the nuts and bolts as file systems aren’t sexy to the end user, but it will be a beneficial change that will hopefully underpin Apple for the next 22 years.

Video files are huge. Not just in terms of popularity, but in terms of file size. H.265 uses compression technology that shrinks down file size by up to 40%. For the end user, that means that streaming 4K uses less bandwidth and less of your data cap for both mobile and broadband connection. It also means that downloaded movies will use up significantly less storage space. Essentially HVEC brings 4K to the masses. Expect to hear more in the next few months.

Apple’s history with graphics technology has been less than stellar. OpenGL was routinely years behind and poorly implemented. As a result, the Mac suffered on gaming and other graphics intensive programs. Metal was a major step in the right direction. The developers who ported their apps to it say major performance gains over OpenGL. However, too few took advantage. Apple is going all in with Metal 2 and making improvements and optimizations that will improve speed and hopefully make Metal the graphics system for developers going forward.

Metal 2 coincides with the addition of system-level hardware support for two types devices users have been asking for. First, High Sierra will officially support external graphics solutions via Thunderbolt 3. There are no shortage of manufacturers out there making PCIe to Thunderbolt boxes out there and they allow any Mac with Thunderbolt 3 access to even Nvidia and AMD’s most high graphics cards. Also announced was support for VR. Valve SteamVR and HTC Vive are specifically mentioned and VR development tools are coming as well. Apple is also adding a patch to FCPX for VR video output.

Apple is also launching a developer Kit for external graphics which includes a PCI-E chassis and Radeon RX 580 8GB card as well as a USB-C hub for $599. Considering the price of both external enclosures and the RX580 cards, That’s actually a pretty competitive price for what you get.

The system apps are getting some minor changes as well. The biggest and probably most welcome is with the Photos apps which allows editing apps like Pixelmator or Photoshop to launch within Photos and work with your library, There are also minor updates to Safari, Mail, iCloud Drive, and more.

Look, we aren’t even going to talk pricing here because you know damn well its a free upgrade. The final version will ship this fall with the public beta launching later in June. 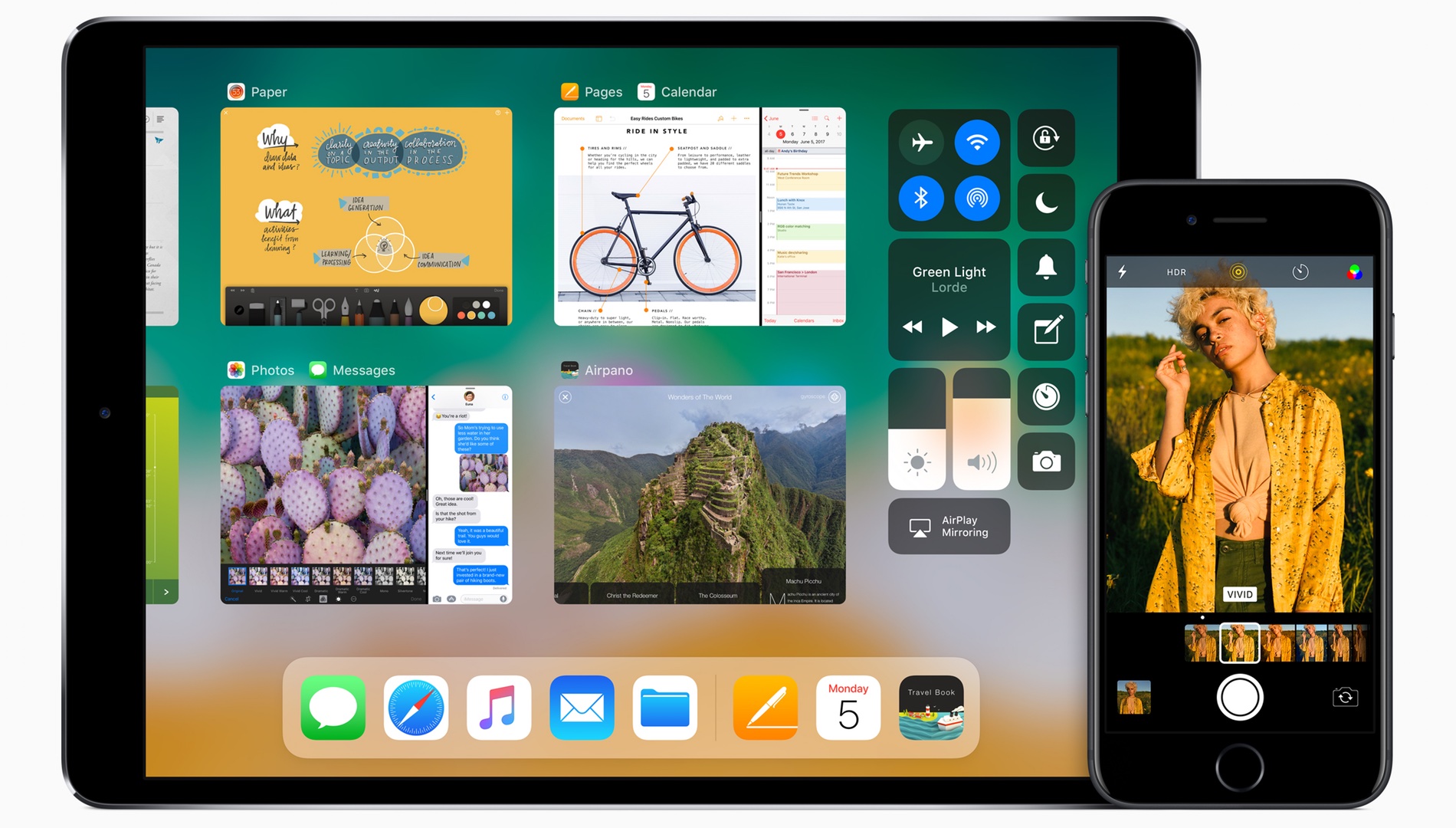 iOS is now Apple’s most popular and flagship product. Its also the one with the most growth opportunity as mobile’s not as mature a market as computers. Apple has continued to drop a wealth of new features with iOS 11.

There has been talk that the last few years have been iPhone-centric when it comes to the iPad and there is some truth to that. For 2017, the iPac is back in force. The Dock and app switcher have been redesigned to make them more powerful and a lot more like macOS and there’s a new files app that combines iCloud Drive as well as DropBox and other cloud platforms into a system level storage apparatus. Files that were once locked down by iOS are now wide open while still being safe. The Apple Pencil app is now full baked into the OS and Notes are usable from the lock screen. This makes the iPad the paper notebook replacement it was meant to be.

iOS 10 introduced a new 3-pane lock screen giving you Home and Music access without ever having to get into your phone. iOS 11 brings this back to a single pane, but keeps the expanded functionality. It uses 3D Touch to allow users to expand what each pane grouping can do beyond basic controls.. 3D Touch is limited to the 6S and 7-series devices so, for owners of the 6, 5S, and SE, there may be a degraded capability depending on how they handle it. On iPads, they use the expanded screen real estate to get the full functionality.

Notifications and the lock screen are now one and the same and you get the same exact functionality here, complete with widget and camera access no matter if you device is locked or not.

The biggest changes in Camera with iOS 11 are in file formats. Video now uses the HEVC that was talked about on the Mac. There is a still picture counterpart called the High Efficiency Image File Format (HEIF). The question with HEIF and HVEC is compatibility with other platforms and services as well as older devices. Live photos get an upgrade allowing for. Loop and Bounce effects to create GIF-like images. You’re also able to now choose any frame within the live photo as the still picture . Lastly, there is a new form of automatic movies called Memories created from similar content on your phone.

Just as VR is being integrated into the Mac, ARKit brings system level Augmented reality onto iOS allowing full access to hardware. This allows developers to make a far better AR experience than iOS currently enjoys.

##Siri
Siri was the original system level personal assistant and it keeps a major update for Apple’s platforms this time around. The voices have been overhauled for a more natural and less robotic tone. Like Cortana and Alex, the new Siri employs machine learning to tailor responses based on usage. Unlike the competition, Apple has no design to monetize this and keeps your results secure on device. SiriKit expands the tasks that Siri can perform. The Machine Learning that powers the new Siri is also available to developers in the form of CoreML.

Home Automation and Music may seem like strange bedfellows, but in iOS 11 they are very much intertwined. Airplay2 integrates into HomeKit and the Home app giving you multi-room audio with Siri support. HomeKit also adds additional device types and functions to the mix and makes it easier for developers to integrate existing devices and get them certified.

Apple Music has new social media functions allowing people to share music. There’s also a new API called MusicKit allow the full power of Apple music in third party applications. There would no longer need any reader to go outside of your workout app or game to access your full AppleMusic catalog. This basically replaces an older and more limited iTunes integration.

Apple Pay expands person to person in iOS 11. If you want to know how this works, use Vemo or Square Cash because its pretty much the same thing. In fact, the name of the place you receive is called your “Apple Pay Cash Account”, You can use funds added to this account for payment or you can send it back to your bank account. There’s even a Messages widget that automatically determines if you need to pay someone and suggests itself. There is also Siri support.

Do Not Disturb While Driving

This might not be the most popular feature in iOS 11, but I would argue its the most necessary. DND while Driving detects while your in a car through several methods and shuts down your notifications while you drive. The screen even goes black and gives you the option to send an auto message to tell your contacts that you’ll text them back. If you are a passenger, there is a button to say I’m not driving, but please take a hint and don’t use this while driving you’ll be putting somebody else’s life at risk.

App Store and Others

The App Store gets a major makeover based on the design of Apple Music. Apps and Games are now separate panes and its easier to get to in-app purchases for Apps your already have. The App Store for Messages as also had a redesign.

Rounding things out are indoor maps for major shopping centers, airports, and lane guidance. Apple News is now personalized using machine learning. There has also been updates to the keyboard

As with macOS High Sierra, iOS 11 will be free and ship this fall. There is also a public beta coming at the end of the month. 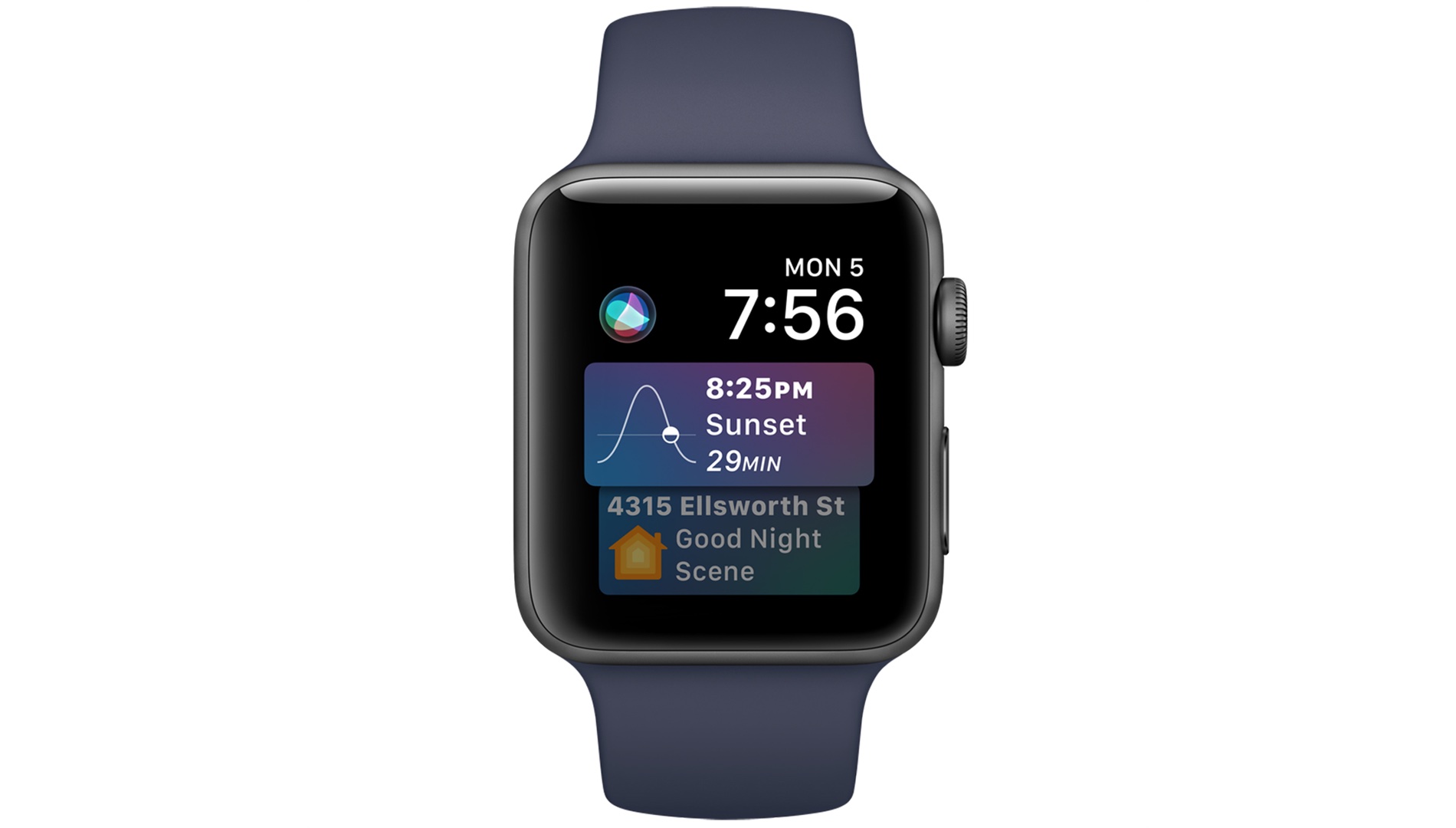 watchOS 4 continues to refine and enhance the Core functions of the Apple Watch. This year’s improvements make it an ever increasingly useful accessory to your iPhone.

The biggest improvements in watchOS 4 have to do with health and fitness. Chiefly is communication with outside devices. Introduced with the new OS is GymKit which uses the NFC to pair and provide two-way communication with exercise equipment computers. The equipment gets your Apple Watches’s sensors and the Watch gets the data from the equipment allowing for a single dataset. Apple already has support from several major exercise equipment companies. There is also enhanced compatibility with connected health devices, like continuous glucose meters.

The Workout and Activity apps have received upgrades to better switch between workouts on a single session. The Activity App also has personalized goal messages very reminiscent of the fitness app Human.

The biggest news about watch faces is what watchOS still does not have: any ability to add third-party faces. For a device that is supposed to be highly personalized, the lack of a FaceKit seems out of place. If you want something different, you’re stuck with Nike or Hermes editions.

For the faces that we actually have to choose from, there are three new types. The most interesting one is the proactive Siri Face that uses the same machine learning as on iOS 11 to constantly update you with relevant data. You automatically get reminds, calendar events, location/ time specific items like boarding passes, traffic info, or HomeKit scenes. If that’s not your scenes, there are Toy Story themed character faces in the form of Woody, Buzz, and Jessie. There’s also a colorful kaleidoscope face. All faces get new access to complications for Now Playing and Apple News

watchOS 4 comes will come out later in 2011. Unlike iOS and macOS, there will not be a public beta. 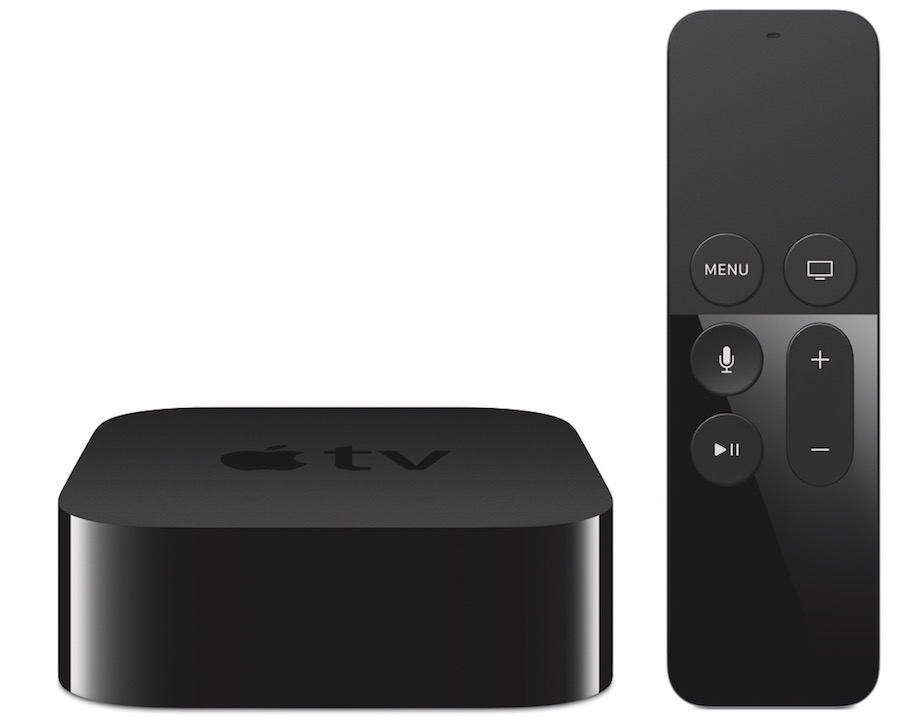 There is a reason tvOS is last. It was basically a giant IOU. Apple announced two things: That Amazon was thankfully and finally releasing their Prime Video platform on tv and that sometime later, presumably in the fall, they would be talking about tvOS. That would presumably come with new hardware. Until then, it’s business as usual.