iPhones and Macs up, iPads down, 7 to 1 split, Big stock buyback, and Angela comes to Cuppertino

Apple opens up Mavericks Beta Program to the public

The Verge Article
US Airways employee screws up 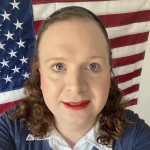 Patrice is a software developer, amateur cook and our resident German correspondent.
He’s a regular participant in The Tech Hangout and keeps the wheels spinning.

Patrice has also appeared on TUAW TV LIve a couple of times and can also be found in the chat when the show airs. Every now and then he’s been seen in the GeekBeat chat as well.

2 years ago Benjamin J. Roethig
We use cookies to ensure that we give you the best experience on our website. If you continue to use this site we will assume that you are happy with it.Ok